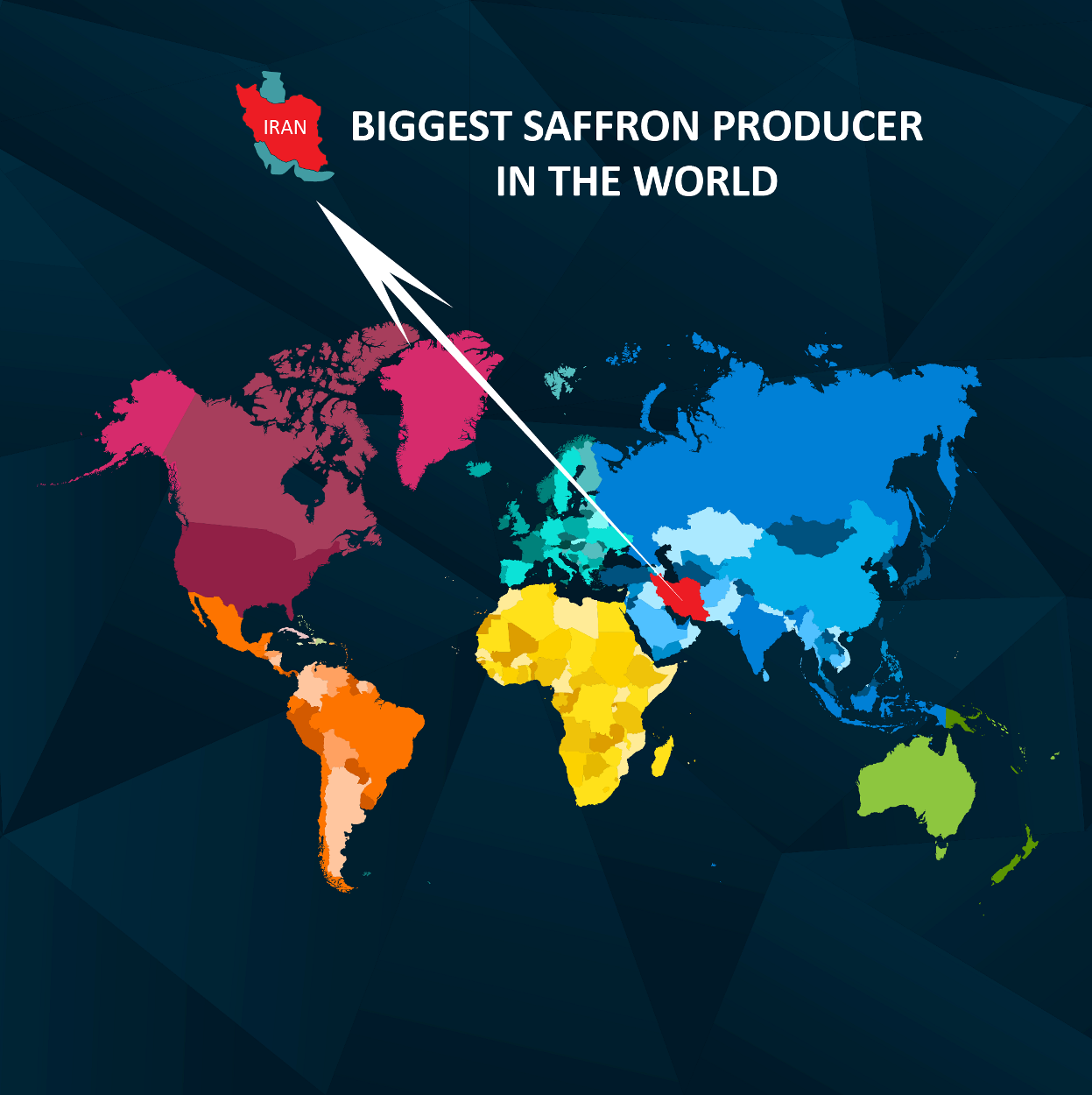 Iran (Persia) is the largest saffron producer in the world and has about 90% of its production.

How To Recognize Pure Saffron From Fake Saffron?